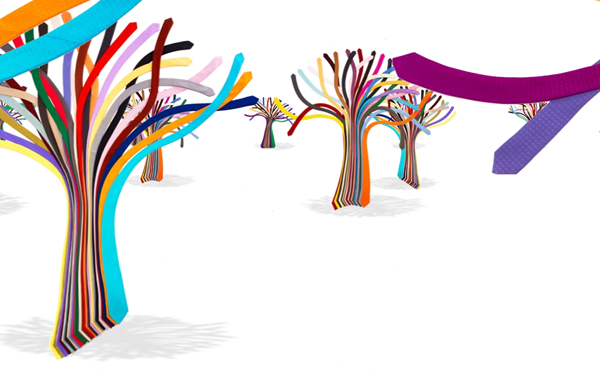 While I’m on the subject of animated cuteness, I was a little surprised to discover the whimsical Hermés corporate website while doing some research yesterday. I expected a typical luxury brand website — staid, self-aggrandizing, and a little up itself about its heritage, craftsmanship, prestige, etc.. What I found was something entirely different, a website that brings the brand’s story to life through charming, beautifully illustrated little vignettes. 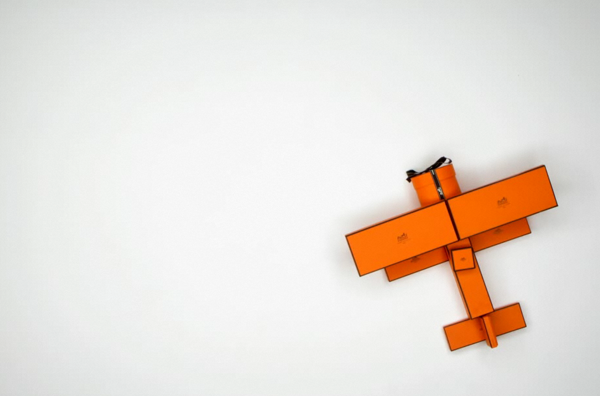 The usual topics (history, design, inspiration, materials, craft, lifestyle) are all covered, but in surprisingly novel ways. The story of a bracelet’s design is told through an animated line drawing. The iconic scarves are shown in a grid of real people who have sent in photos of themselves wearing them. The dozens of shades of ties are shown gorgeously styled like trees in a forest. Some sketches are just silly, like the orange Hermés boxes that self-assemble into a plane, or the wallets whose zippered pouches open and start chatting with each other like mouths. Others are more serious, like the somber, read-aloud description of rolling, the method by which scarves are finished, which takes more than 6 months to master. 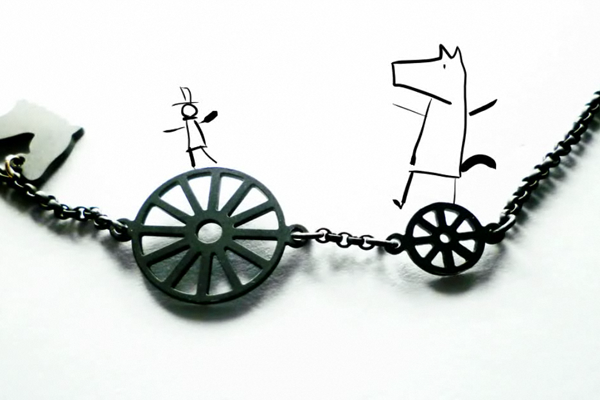 I was particularly moved by one sketch in particular, which likens the noises of the Hermés workshop to the sounds of an orchestra. For a designer, craft is music, and the sounds of fabrication trigger a sense of joy at the rhythmic cacophony that is creation. In the app, clicking on each instrument adds another workshop sound to the mix, until with speakers cranked you feel the bliss of being surrounded by craftspeople, each absorbed in the melody of his own making. You can turn the instruments on and off, playing around with trying to figure out how they’ve chosen which tool marrys with which instrument. It’s a small miracle to me that no self-promoting text accompanies this joyful little toy, and it gives me a wonderful new feeling of admiration for a brand I once thought of as elitist and unsoulful. 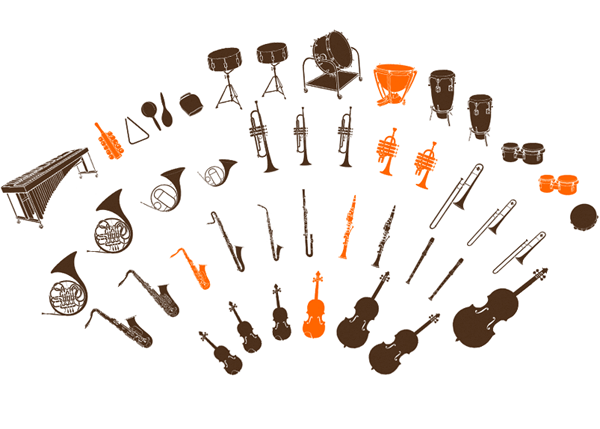 You could probably waste a lot of time on this site, which I’m sure is exactly what Hermés intended, but you’ll probably leave in a good mood. Happy exploring!