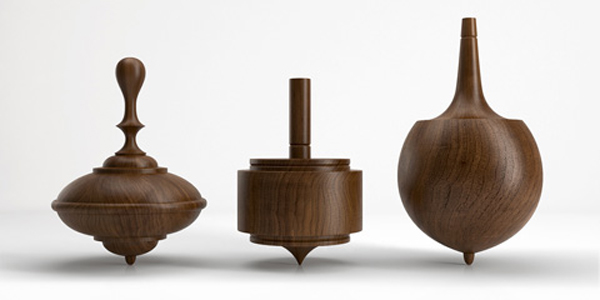 I love the form and craftsmanship of these tops by KleinReid for Herman Miller in homage to Charles and Ray Eames; the proportions are sweet and they seem like they have a nice weight to them. But they have the appearance of toys that are meant to be looked at, rather than played with. I wish they had a pop of color, maybe just a couple of thin stripes running around the latitude, like piping on a garment. It would make them more approachable, more like toys and less like executive desk ornaments.

(Compare with the color-dipped axe handles from the Best Made Co. — an axe is not a toy, but I have to say that these make slinging wood look like more fun than spinning it.) 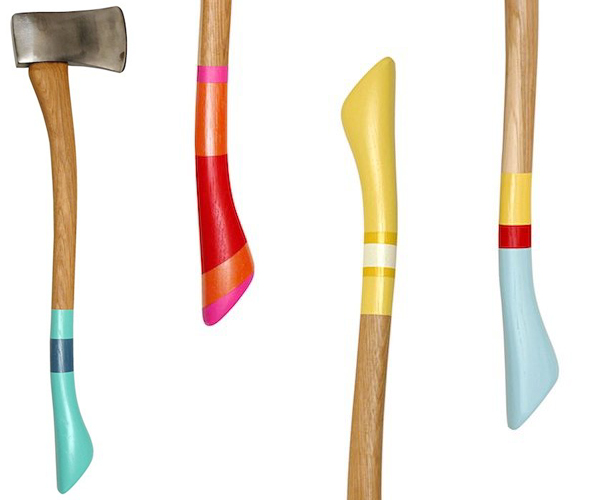 On the other hand, these quirky KleinReid vessels are incredibly haptic. I can almost feel the slightly irregular, muted, glazed surfaces in my mind, and imagine looping a finger through the perfectly-scaled openings to carry one home. The drippy edge where the glaze meets the foot is imperfect, but the imperfection is tantalizing. They have a similar gestural quality to the tops, but the exaggerated proportions, color, and tactile surfaces make them seem more toylike to me.

It’s remarkable that utilitarian objects and decorative objects could have more playful attributes than an object designed to be played with. But then, at $199 a set, perhaps the tops aren’t really meant to be played with at all, and the design is a fitting balance for an object whose relevance is more symbolic than functional. 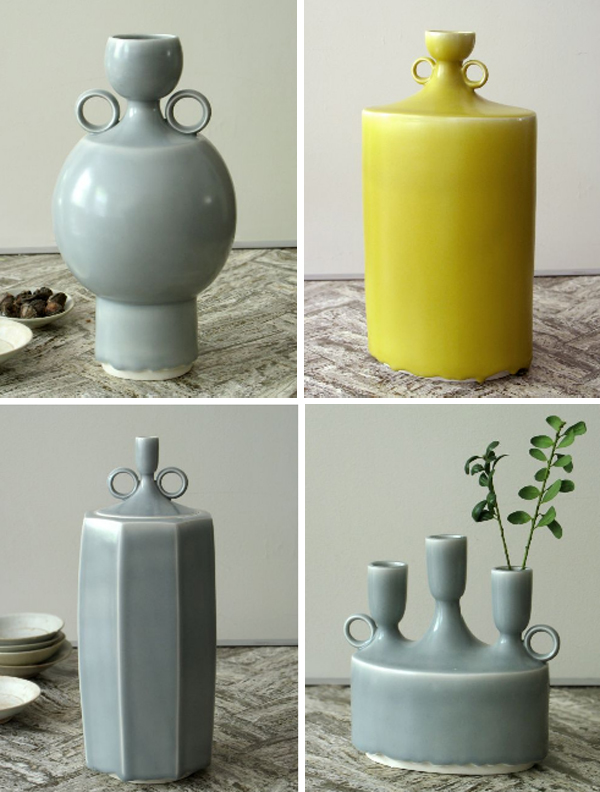 Tops can be purchased here, when they’re back in stock. Axes here. Vessels here.