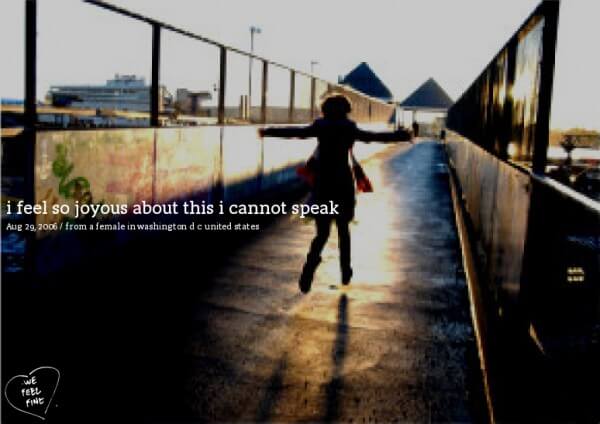 A few weeks ago we learned that sociologists have created a happiness index using Twitter, and last week we received news that a Facebook app has been developed that serves as a sort of emotional barometer for the socially-networked world.

Emotion aggregation is an interesting evolution from the kind of topic-driven analysis we saw when people first realized they could use the internet to compile sentiment. Google, master of the search, has been publishing a “zeitgeist” of current trends in search. But less than a “spirit of the times” it represents more a mentality of the times — revealing what people are thinking about and pondering in a given period, rather than what we are feeling.

The first (and most engaging) project that I know of to turn this lens on emotion is We Feel Fine by Jonathan Harris and Sep Kamvar, which explores people’s emotions through blog posts and other web ephemera. The site allows you to view a wide range of emotions and filter them through criteria like geography, weather, age, and gender. (These images were the result of searching for joy under the program’s “Montage” movement, which overlays people’s joyful images with their feelings.)

This is a much richer look than the latest efforts, which reduce emotion to a linear scale. Happy or not, positive or negative. But the formula is a mystery. On days when millions of people are merely content, is the happiness rating higher or lower than on days when only a few hundred thousand are elated? Emotion does have a clear positive and negative dimension, but it also has dimensions of intensity, duration, and consequences not captured by such a reductive scale. It also, as we’ve seen in the explorations on this blog, has complications of language that make such distinctions even murkier. 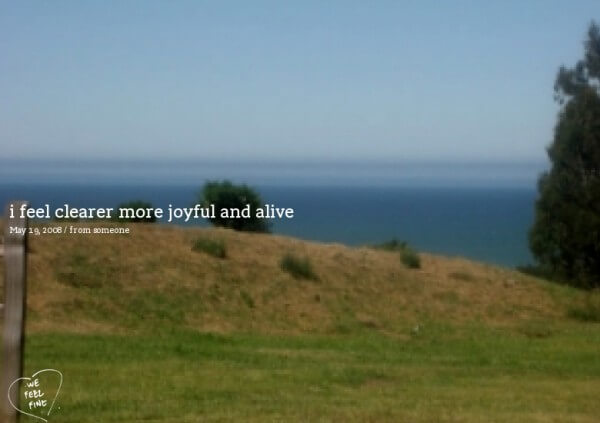 It’s very exciting that emotion has become so compelling a topic that its measurement has moved into the mainstream. I also find it intriguing that we’re moving in the direction of being able to take an emotional pulse of the nation, and see the impact of certain events on our collective mood. I don’t think these oversimplified indices tell us much, yet, but hopefully as they develop, they will become powerful tools for sociological study and fodder for more beautiful explorations into the cultural aesthetics of our emotional lives. 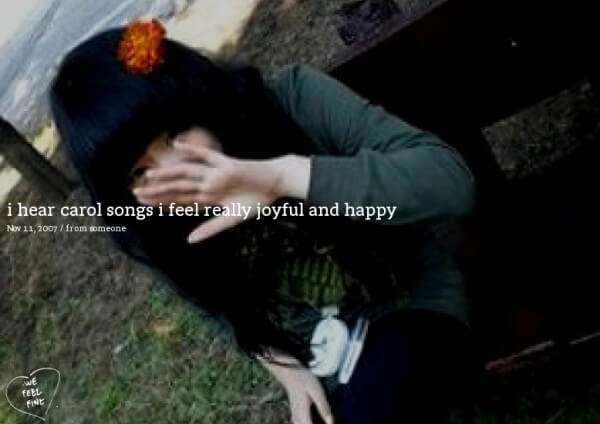