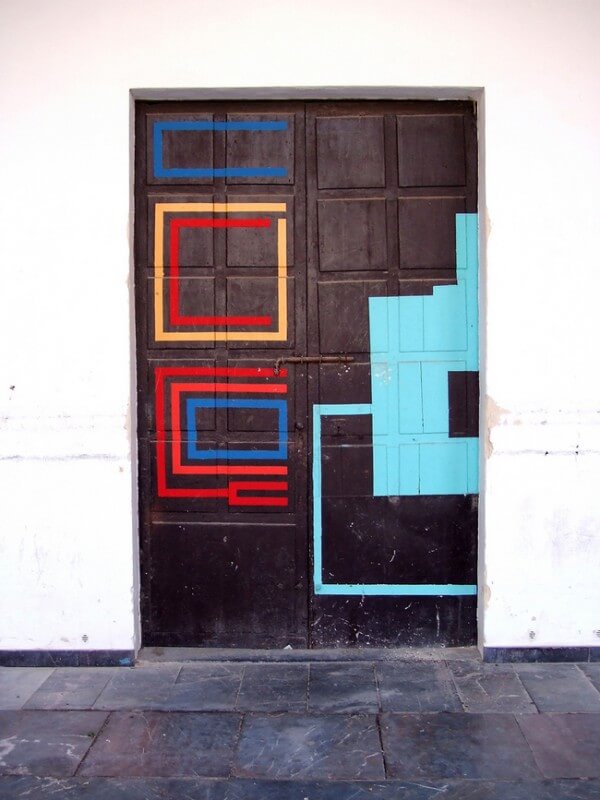 Painted by street artists El Tono and Nuria in Cordoba, Spain, these doors look like portals to somewhere special. And they probably are.

Cordoba is known for its courtyard gardens, of which the occupants are famously proud. I remember when I was there meandering the winding alleys, a good-natured young man a few years older than me and speaking no English insisted on leading me somewhere. I was 21 and wary, but he was headed the direction I was going anyway and so I followed at a distance. After a few minutes of walking this way, me suspiciously noting street names, him laughing at my suspicion, we arrived at a house with door wide open, framing a lush garden with an old woman sweeping the tiled floor. His home! After I greeted his mother and admired the courtyard, I was free to go, giddy and bewildered by the surprises that lay behind those foreign doors. 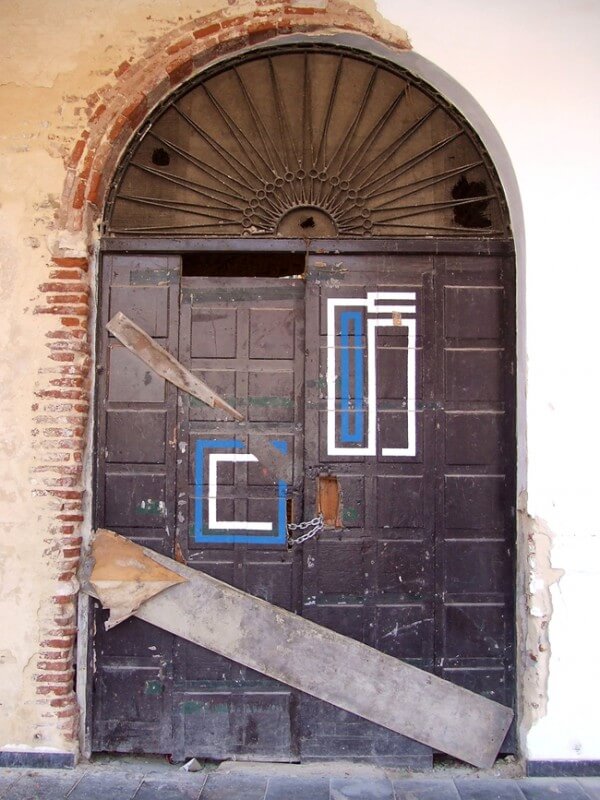 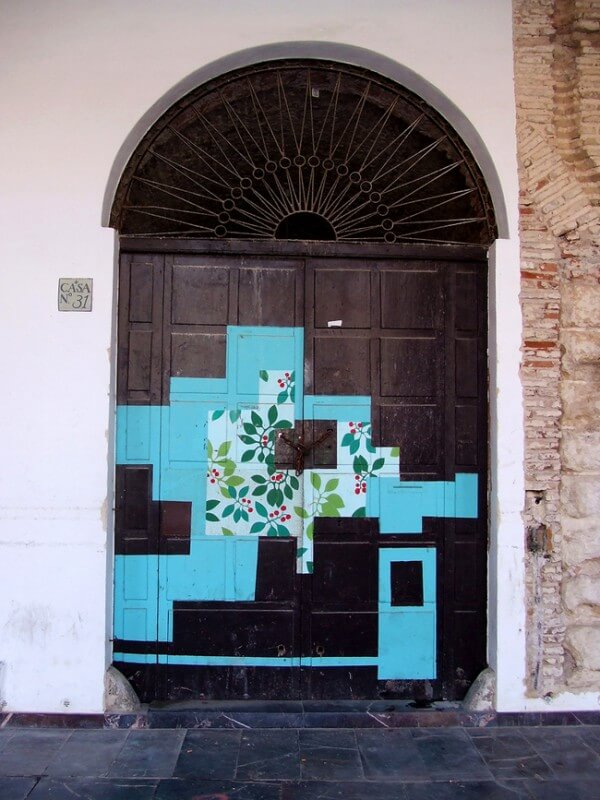