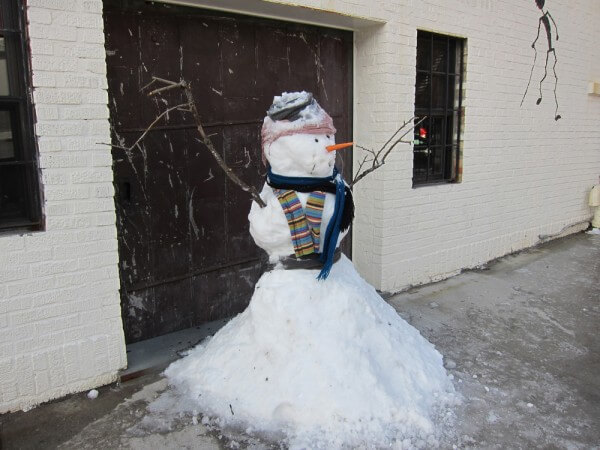 I am a big fan of snow. I know it’s inconvenient. I know it piles up in big drifts that make it hard to get around. I know you have to shovel it within 4 hours in Brooklyn or you’ll get a ticket. I know it looks pristine for about 30 seconds in the city and then it turns poo-brown and ugly. I know all this but there’s really nothing you could say that would make me love snow any less.

My first reaction to snow is always a visceral call to memories of childhood joy: “Snowday!” Just the barest snippet of a winter weather forecast or a “storm warning” brings a rush of delight. As a child, a forecast of snow meant I immediately put down the books and pencils and stopped doing my homework, and started dreaming of sledding and hot chocolate and the general indolence of a holiday in the middle of the week. Occasionally the snow failed to materialize, and I was on my way to school with a pack full of unlearned knowledge and bad excuses. But usually the comforting voice of the local radio announcer would announce my school closed along with my best friend’s, and we would grab our matching orange plastic sleds and head for the hills. As an adult, I see snow, and I turn right back into this little girl (in the red, on the left): 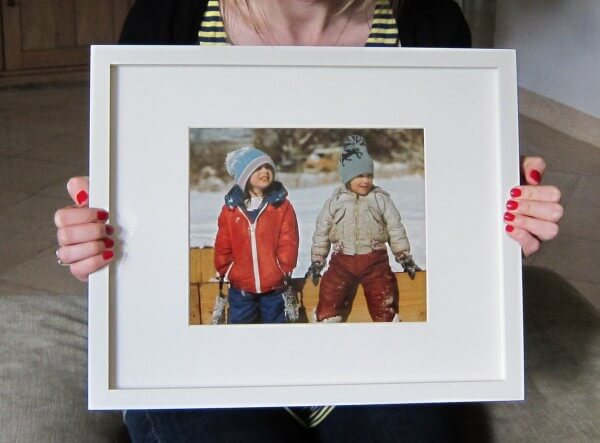 There’s a personal joy for me in those memories — in having them and sharing them. But I think there’s a deeper, more profound joy to be found here, one that is more universal because it derives from the aesthetic experience of snow. There’s something magical about snow, the way it drops from the sky with the lightness of cotton, and yet rests so heavy on the earth. There’s a sense of awe created too, by the extent of its scale, both macro and micro: snow covers everything, quickly and indiscriminately, and yet miraculously, because the scale of each flake is so diminutive.

These are common joyful elements that I have written about before, but looking at the commonalities illuminates the many facets of snow’s delight. With its lightness, snow is like bubbles, feathers, dandelion seeds, marshmallows, and meringue — transcendent things that are made of and at home in the air. With its scale, snow can be like the ocean, the redwoods, or the Grand Canyon — awe-inspiring in its vastness. And yet, as tiny things, snowflakes are like jewels, like haikus, and like hobbyist’s miniatures — joyful things made precious by the intricacy they possess in such small scale. Snow’s magic is the magic of invisible sources, of something from nothing. A snowfall is a slow-unfolding abracadabra moment of a rabbit being pulled from a hat, an extended display of the tangible emerging from the intangible as it blows and accumulates into drifts.

Underlying all of this, for me, is a kind of joy of transformation. Snow is itself a shapeshifter, first light, then heavy; small, then large. It is moldable, a substrate for transient sculpture, be it snowman or snowangel, or merely a snowweapon in the form of an icicle or a ball. But more significant is what snow does to what’s around it. In this sense, snow is an intrusion, a new element that transforms its context by its presence. Snow’s intrusion into a city is all-encompassing. Snow’s color and texture redefine the setting. Its volume and density redefine the action. It blankets, it bleaches, and it slows. Snow changes our behavior; it gives us permission to be more playful. And snow changes the feeling of even indoor spaces, making them more intimate and cozy.

The pleasure of this transformation is heightened because we know it won’t last. Days, sometimes weeks, after the first magic act of its appearance, snow performs a second one, disappearing into what seems like nothing. We revel in it because we know it’s an evanescent joy. And we’re not sorry to see it go because we know that like all true delights, it will come again. 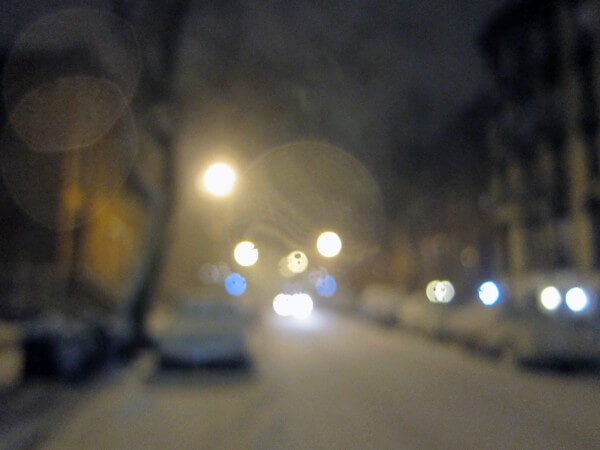