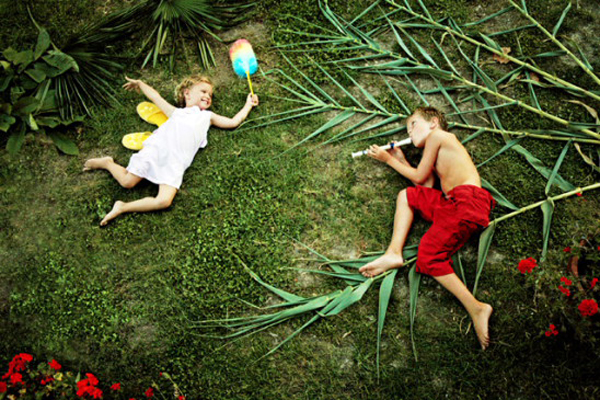 This whimsical series of photos by Jan von Holleben has me totally charmed. There’s something so sweet about the landlocked restaging of childhood fantasies of flight: Peter Pan, Superman, The Red Balloon, etc. It looks like it would be such fun to be one of the kids in the photos. It also highlights a connection I hadn’t noticed before — the link between childhood and a fascination with flight.

So many characters in children’s stories fly: superheroes, fairies, wizards. Many toys fly as well, from balloons to paper airplanes, kites to whirlygigs. There’s something enchanting, liberating about flight and I wonder if children are more fixated on flight or just less inhibited about imagining it. As we get older, the characters in our stories tend to keep their feet more firmly on the ground, and even our dreams seem to have less flying in them, or at least that is the case for me. As a child I used to spend many nights leaping through the air in REM sleep; now, I covet a dream where I even get a few feet off the ground.

It’s also interesting to me how these photos illustrate the joyful gestures of flying. If we take away the props and the settings, what’s left are splayed-out, arms-up gestures that stretch the body wide and open. With no context, you could still understand the form as those of bodies in flight. There is an exultant quality to these bodily shapes; they are delight in contour, revelry in sinew. Joy thrives in this unthreatened openness, this delicious expansion of a physical being into its space. It makes me wonder how we might incorporate more of these kinds of gestures, in stills or in movements, into everyday life. 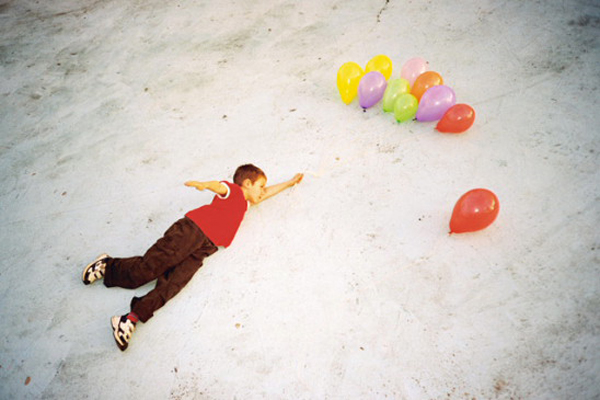 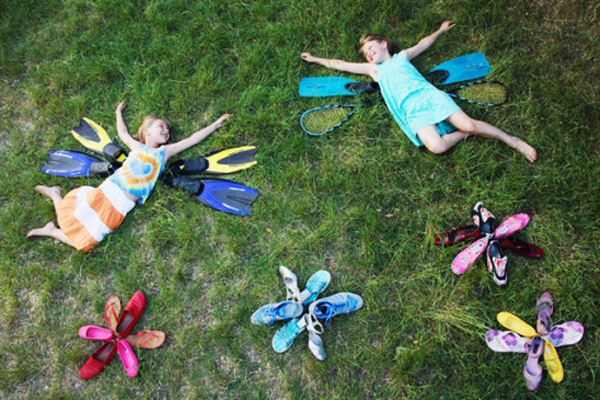 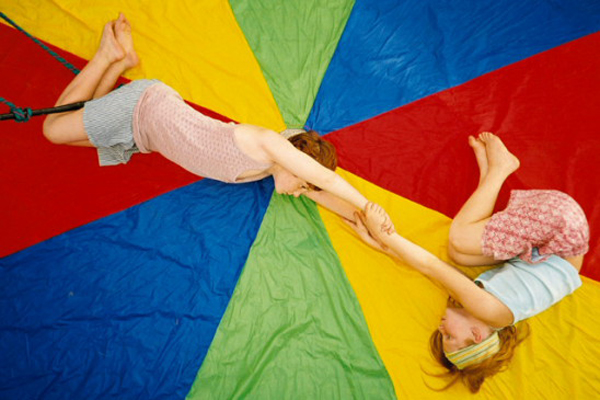 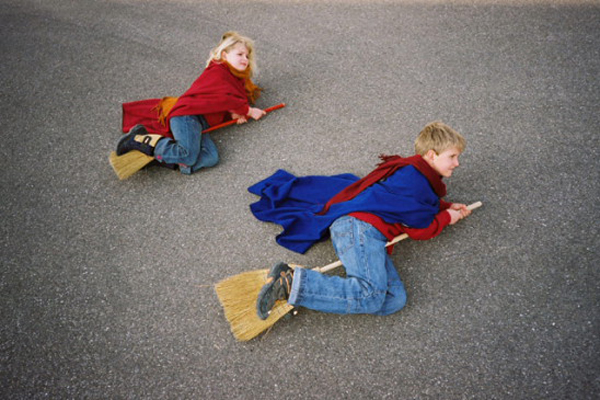