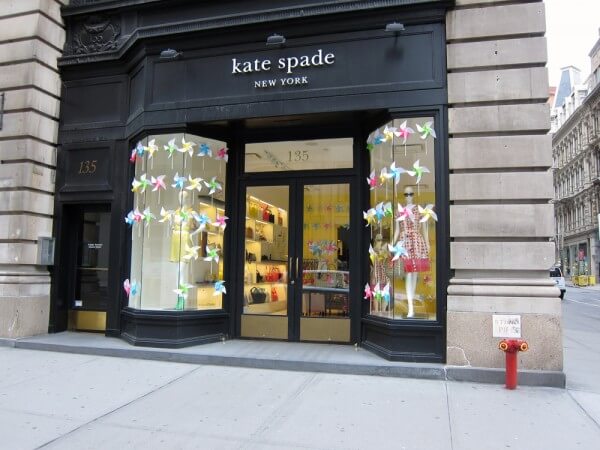 Several things have conspired to get me thinking about the joy of spinning these last few weeks. First there were Kate Spade’s joyful pinwheels, free for the taking and adorning the outsides of their New York shop windows. If any brand out there has embraced the aesthetics of joy and run with it, it has to be Kate Spade. Recent campaigns and store visuals have included cheery colors, hula hoops, polka dots, and artist Rebecca Ward’s colorful striped tape installations — whether by intent or intuition, they have a feel for visual elements of whimsy and delight.

The pinwheel idea seemed particularly clever to me because of its interactive component. Because they were offered up free to passers by, they tended to pop up in all kinds of places. I have one on my desk from the Soho store, which is a few blocks from my office. I have another at home (below), brought to my birthday party by a coworker (photo adorned by late night graffitoists). 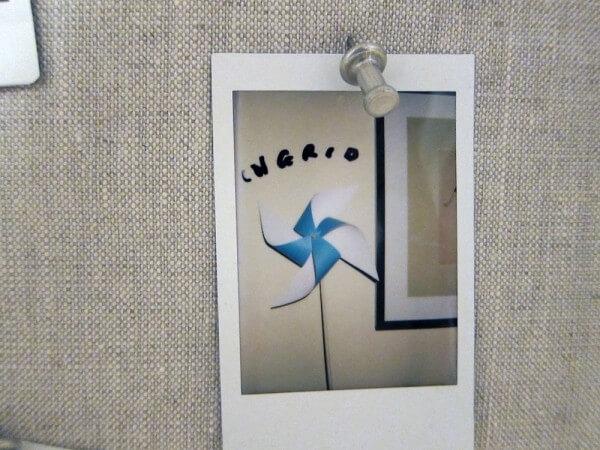 In fact, Kate Spade had a contest encouraging people to send in pinwheel sightings, which were then tweeted, resulting in sweetly surprising images like this: 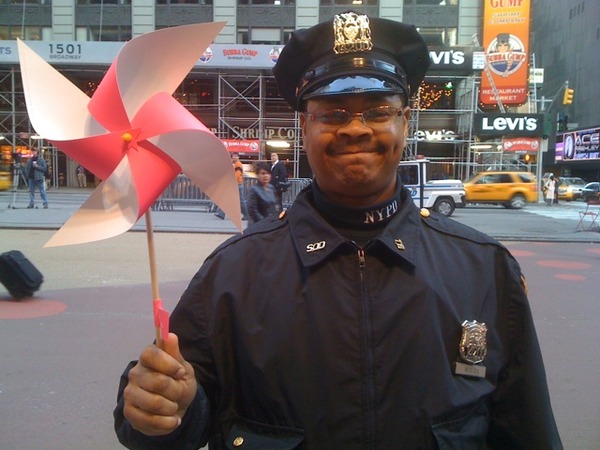 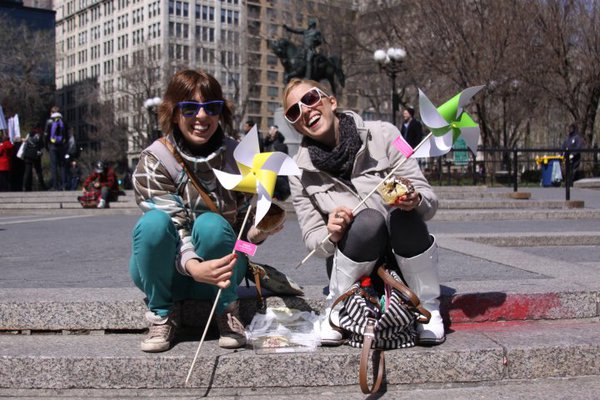 And then, in the subway recently, among a bag ladies prized possessions, I spied: 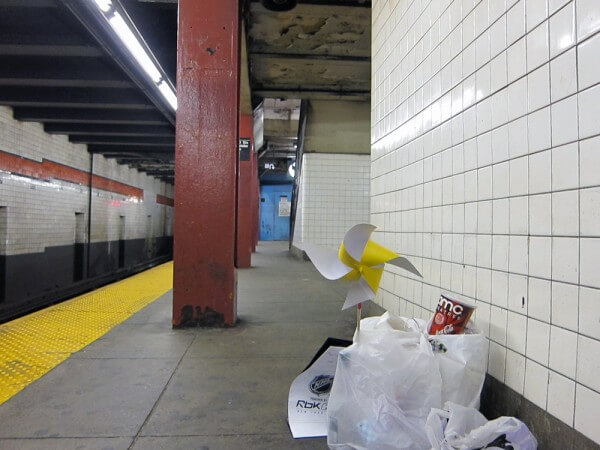 There’s a nice visual for me in the idea that the pinwheels are like seeds blown off a dandelion, scattered to the wind. And in fact, they do resemble the seeds with their long stems and wind-philic tops. The wind is of course the critical element in the pinwheel, a form of negative space (or force) that completes the design. A still pinwheel is an elegant thing, maybe even delightful, but it’s the almost-magical spinning movement that brings out the joy.

As I was pondering this, I received an email from a reader about a piece I’d missed in the NYT arts section, entitled, “Junkyard Poet of Whirligigs and Windmills.” A delicious headline if ever one existed, and the piece did not disappoint. The “junkyard poet” in question is Vollis Simpson, an accidental artist who at 91 is still making extraordinary sculptures from fan blades, propellers, and other scrap metal. 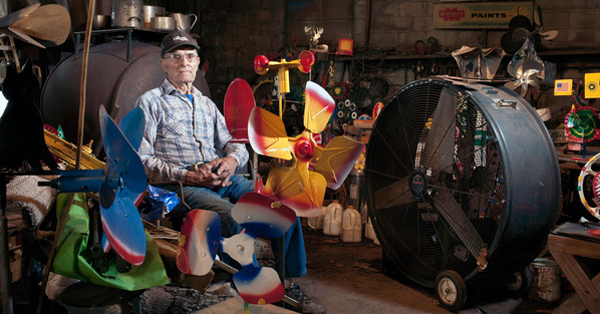 Originally a farm equipment repairman, Simpson began making things from scrap as a hobby, but has lived to see his work become highly regarded in the art world. This quote, in particular, struck me because it notes the universality of the emotion triggered by the spinning movement:

…he went to work, eventually coming up with a 55-foot high, 45-foot wide, three-ton whirligig of whirligigs that now towers outside the museum. Built atop a sign pole salvaged from a gas station, topped by a bicycle rider, cats and angels, and incorporating oil filters, milkshake canisters and waffle-iron parts, it prompts incredulous grins from passing tourists and draws locals to watch its wild spinning during thunderstorms…

…In Ms. [Rebecca Alban] Hoffberger, who has become a major figure in the national movement to champion the art of the self-trained, he found a “rabid fan” (her words) who once brought two busloads of his relatives up from North Carolina to admire his masterpiece. She calls Mr. Simpson one of the “true visionaries,” whose wit and genius for color and balance never fails to move people.

“You put one of his freshly painted pieces, moving as he designed it, anywhere in the world, and people will stop what they’re doing and stare and smile and say, ‘Oh, my God,’ ” Ms. Hoffberger said. 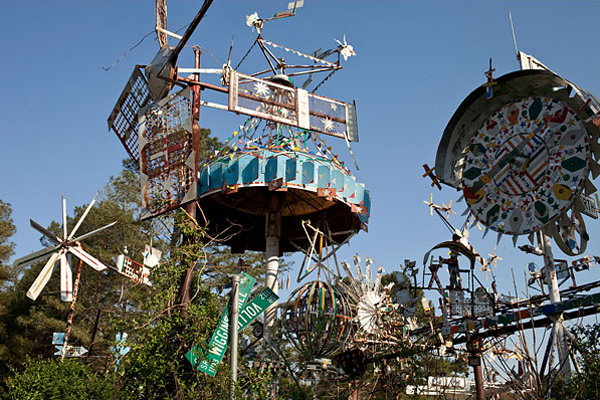 I have to give the NYT a little bit of a tough time here for not including a video slide show with this. Fortunately, we have YouTube to let us get a sense of these things the way they were meant to be experienced (minus the wind in your hair feel and the grassy aroma).

Lots of joyful things spin — Ferris wheels, Merry-go-rounds, tops, dogs chasing their tails. When it’s experienced physically, there’s something about the movement, the way it disrupts our balance and creates a transient loss of control, that triggers an unconscious sense of freedom. When it’s experienced visually, it becomes a display of unseen forces (centripetal, mostly), that is enchanting — I’m thinking here of tops and gyroscopes, spinning children and the undulating skirts of dervishes. I wonder, too, if there isn’t something happening with our mirror neurons that makes this a vicarious pleasure, that as we watch there is a part of our brains that feels it is spinning too, which leads to that visceral soaring feeling and Duchenne smile.

The wind adds another layer, another unseen force to the mix that makes pinwheels and whirligigs feel delightful. As humans we are used to power being emitted by things we can see — a hand or a motor — but the mercurial fluctuations of an invisible wind make things seem to be moving by themselves. Depending on the  other elements of the design (color, form, texture) and its context, this can be spooky (Hitchcock-esque) or, as in these examples, it can feel magical and joyful.