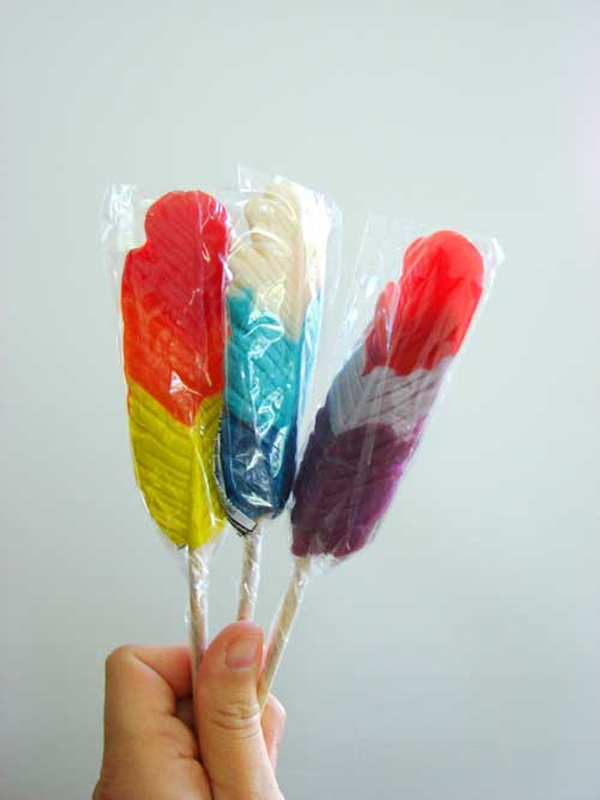 What do lollipops have to do with keeping the peace? Surprisingly, more than a little. A recent initiative by a city council in the city of Victoria in British Columbia offered free lollipops to drunken revelers leaving bars to cut down on noise and violence after a night out. Councillor Charlayne Thornton-Joe explained that the treats make it hard for inebriated partiers to be too loud, and that they minimize dialogue that could lead to brawls. More practically speaking, they also regulate blood sugar and, like pacifiers, have a calming effect.

While there’s no hard evidence that the lollipops worked, councillor Thornton-Joe says that it seemed to be so effective that the city is considering making it a permanent program. It’s a charming idea – that something so childlike and innocent could disarm a rowdy bunch. And it makes for a joyful image, to imagine adults appeased by candies on sticks.

This is aesthetics of joy at their beguiling best. Sugar, color, and a form that evokes nostalgia for childhood – these things have real power. Contrary to so much of what we are taught, they are not just styling or superficial extras. They are phrases in the language with which our stuff speaks to us, quietly shaping our desires and our behavior. It’s a joy to see them applied in a such a novel way, and for such playful problem-solving. I hope to see this idea take off in other places too.