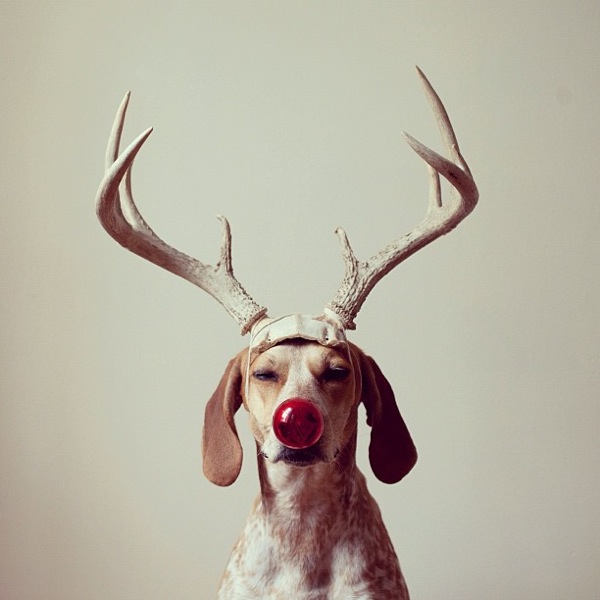 The Instagram feed @thiswildidea has been giving me a lot of joy lately. Have you seen it? Photographer Theron Humphrey’s project Maddie on Things isn’t new, but his photos of coonhound Maddie continue to be charming and inventive, and Maddie must be the most dexterous and amenable dog I’ve seen. Maddie deadpans with the best of them, making the photos delightfully absurd. 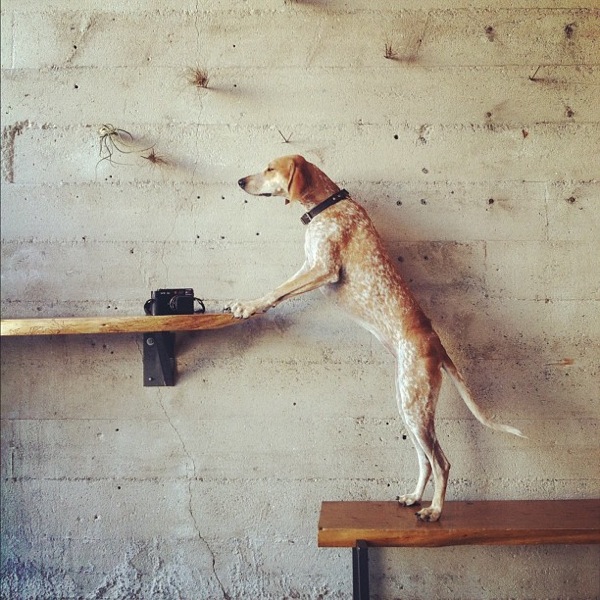 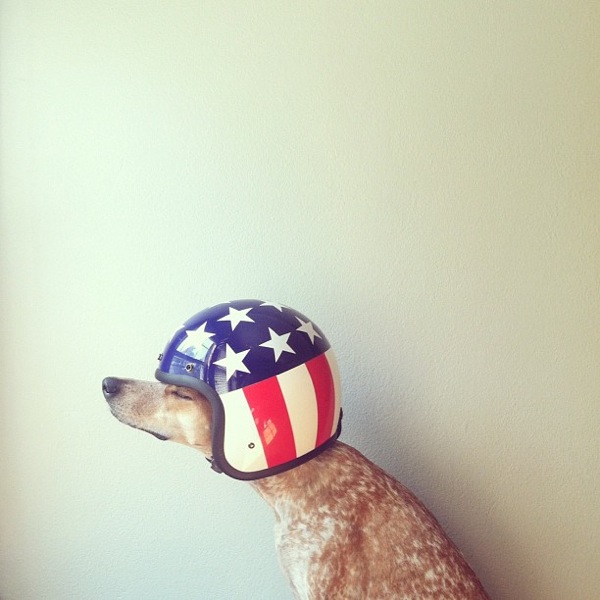 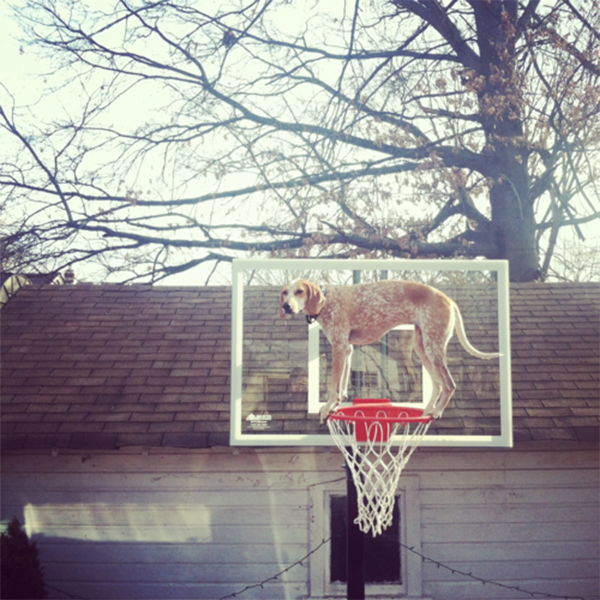 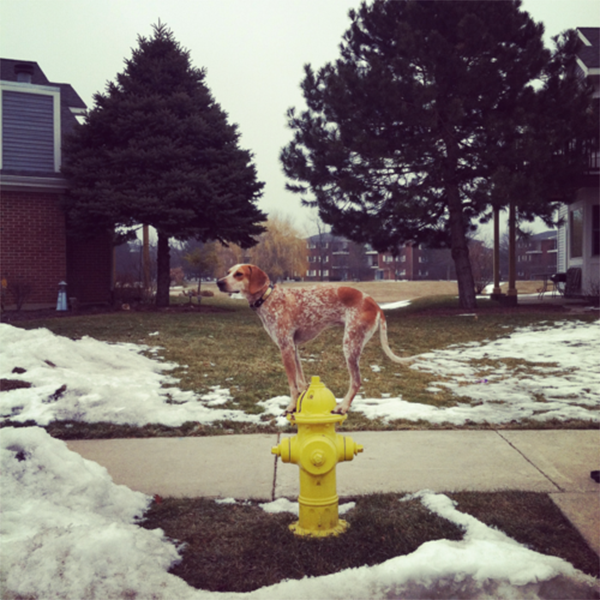 Maddie’s success provides further evidence that we relish animals in ridiculous situations. The web is full of examples, but the phenomenon actually dates back much further, to the nineteenth century and photographer Harry Whittier Frees’s portraits of kittens in human scenarios. (And who knows, probably it’s even older than that.) Surely there’s a cuteness factor here, but I don’t think that’s the whole story. There’s something special in the way that projects like this ritualize surprise. They give us a formula which sets our expectations, but each installment disrupts them in new ways. Each photo follows a pattern, yet also pushes a boundary. It is playful and endearing and embarrassing — and we love Maddie for her game willingness to go along for the ride. 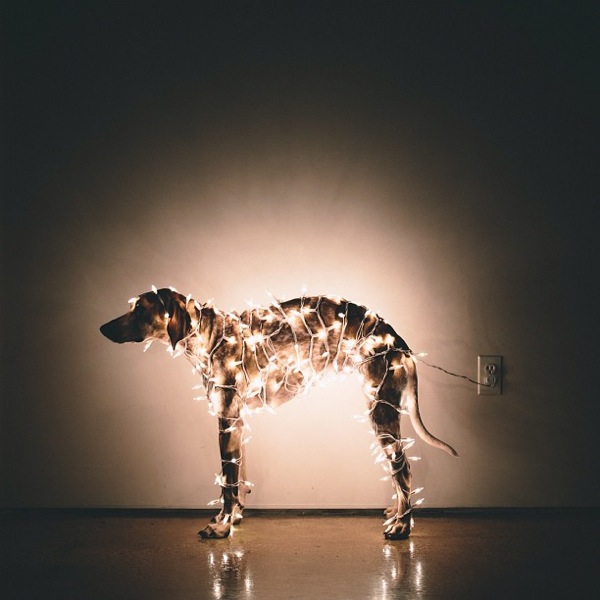 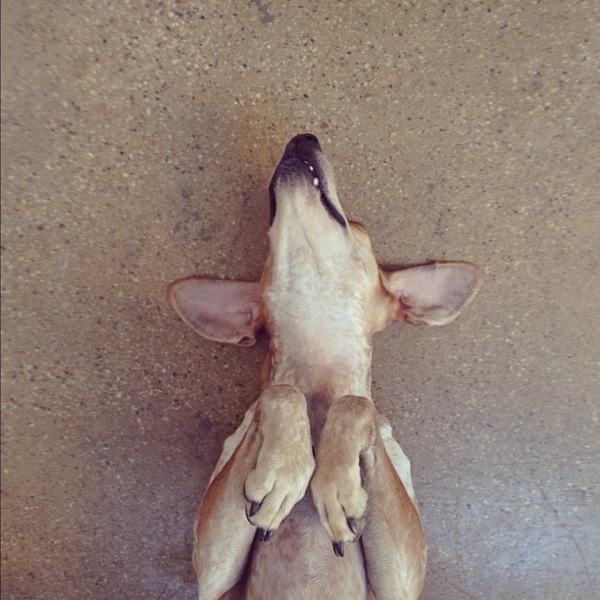 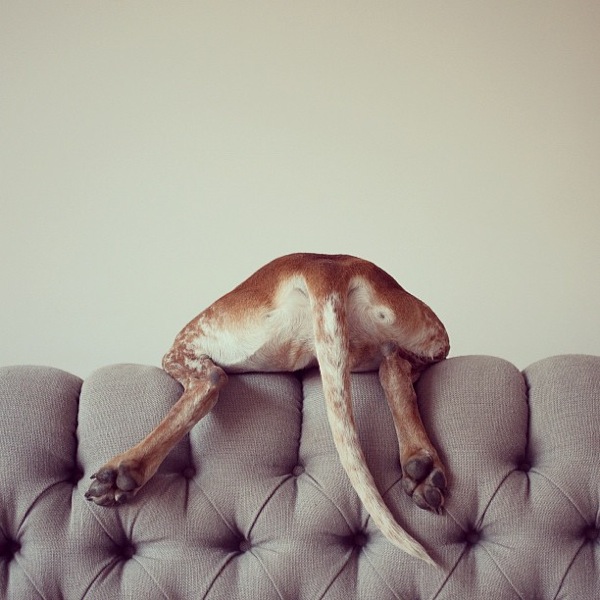 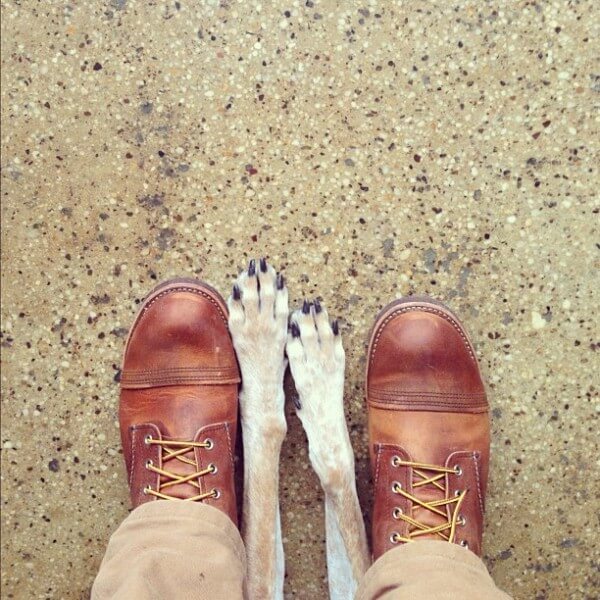 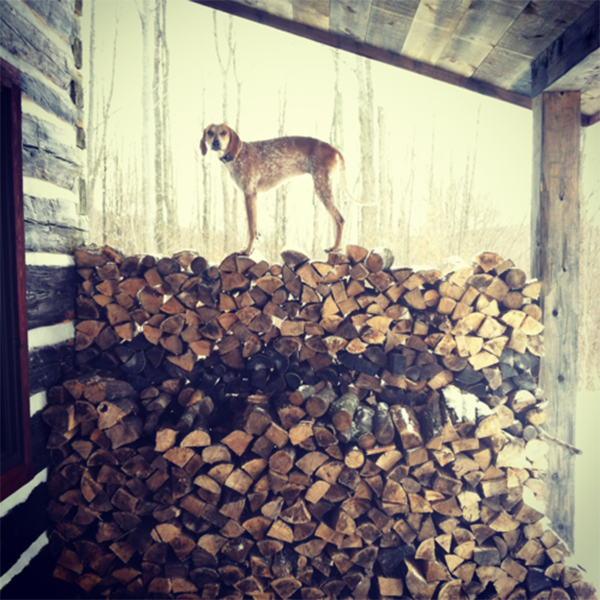 Not to write cuteness off entirely, though. Cuteness is at root an aesthetic of vulnerability, and nothing is more vulnerable than the willingness to let someone put you in absurd situations. There’s sometimes a fine line between affection and humiliation, and it is a very sweet kind of companionship to be this loved and this trusting. Innocence by definition entails blind faith, and no matter how jaded we become over time, we seem to take a vicarious thrill in innocence and the way children and animals simply trust their welfare to our imperfect selves.

To be absurd, to be part of an absurd event, is also a kind of release. I think on some level we empathize with Maddie’s readiness to be part of someone else’s story, to be medium and subject, and to take on these strange challenges created for her. In any situation where we give up control and surrender to an experience (Philippe Halsman’s jump photos come to mind), we open up a new possibility to surprise ourselves. Self-surprise is one of the greatest joys, when we discover some new lightness or freedom within ourselves. Perhaps the greatest joy of participating in absurdity is permission: to be ridiculous, to be out of character, or simply to take ourselves less seriously. 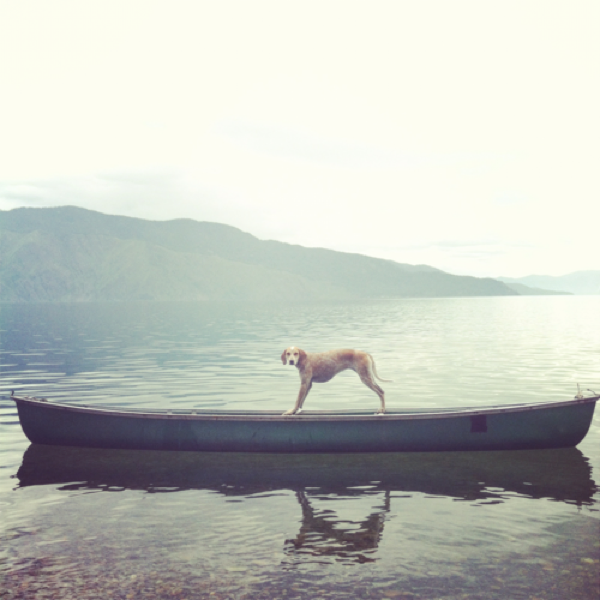 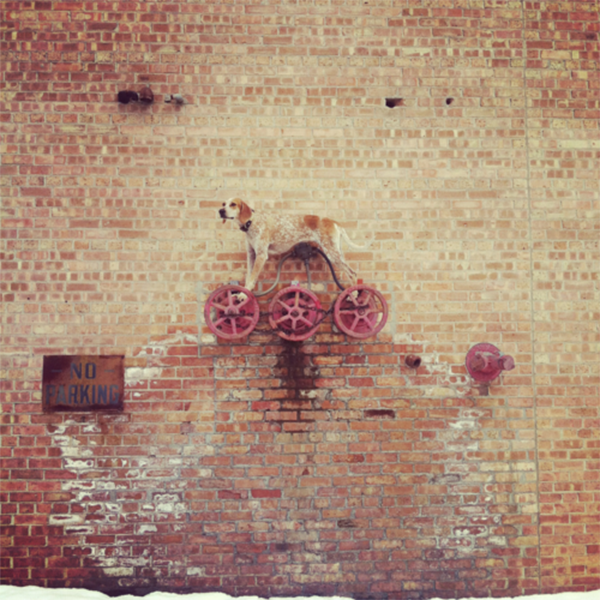