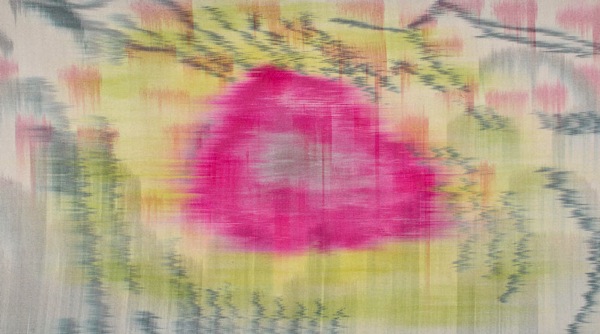 If you’re in upstate NY anytime in the near future, I highly recommend checking out a show of Hildur Ásgeirsdóttir Jónsson’s incredible work at the Tang Museum in Saratoga Springs.

I first posted Hildur’s work a few years ago, and since then, I’ve had the good fortune to meet her in her native Iceland and get to know her and her family. What began as a brief hello at the Hafnarhus museum in Reykjavik turned into a serendipitous New Year’s Eve dinner party and a new friend. It’s a delight when someone who inspires you turns out to be as warm and beautiful in spirit as they are in their work, and such was my luck in meeting Hildur. 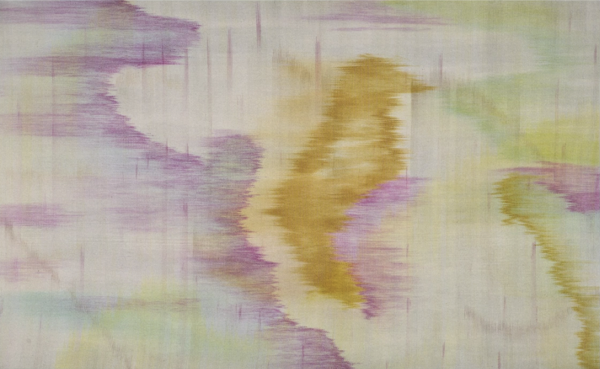 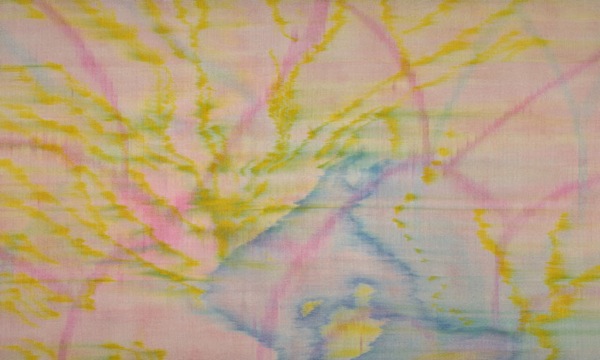 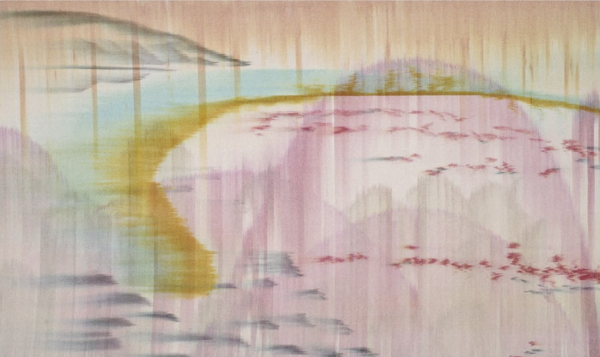 I was first drawn to Hildur’s work for its ethereal textures and colors, and the way that they made me feel a joyous sense of lightness. Her work is inspired by the light and terrain of Iceland, an extraordinary landscape that is so extreme and so striking that a majority of Icelanders believe it shelters elves. You might fault their logic until you visit, and realize that in the face of pink skies, milky volcanic lagoons, greenish auroras, and steaming rocks in snow-covered fields, you might be hard-pressed to find another explanation for all that magic.

Speaking about her work, Hildur explains that her goal is to capture the energy of that landscape, the feeling she felt when she originally experienced it. It’s a palpable energy, but not an easy one to pin down. The whole island simmers. Even in the dead of winter, under three feet of snow, the fields pulse with their geological charge. The glaciers sparkle on the mountains, making their slow moves, and the volcanoes purr, waiting for an opportune moment to blanket Europe with ash. The spongy mosses and lichen, and even the most inanimate mineralia seem to hum and flutter, invigorated by a proximity to so much lava. Quiet but powerful, it is easy to sense and hard to describe.

While Hildur’s paintings look soft and gentle, they too have an energy that animates them. The source of this dynamism is the unique process she uses, which introduces natural variation and movement into each piece. Rather than painting on a canvas or finished piece of cloth, Hildur paints just the weft fibers before threading them into a loom and weaving them. The interaction between the painted weft and the raw warp shifts the composition unpredictably, so that each feathery contour bears the residue of the forces that made it. Many of the shapes feel as if they’re still in motion, creeping imperceptibly across the surface, like a plume of steam or cloud making its way through the sky.

This animated stillness touches close to the very heart of what it means to feel joy. For the root of joy is energy itself, the vivifying force that lets us breathe, walk, run, paint, and dance. Where there is energy there is movement, and where there is movement usually there is life, which we are hardwired to seek out and savor. We are attuned to the smallest signs of vitality, the shifting and scurrying and shimmering of flora and fauna, water and light, that tell us a landscape will embrace us, and that it contains delights in multitudes. Hildur’s work speaks to me of those multitudes, of energies ancient and emergent. Held in balance by the warp and weft, they are present yet timeless, small joys that unfold again and again across the surface of her cloth. 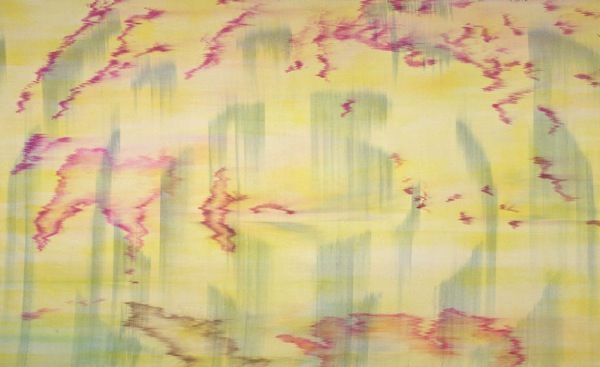 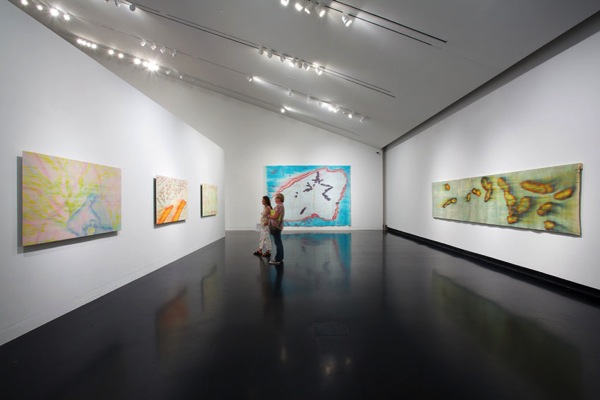 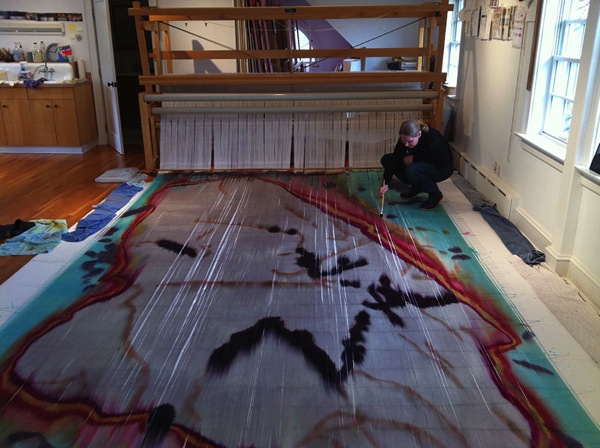 Opener 25 Hildur Ásgeirsdóttir Jónsson at the Tang Museum until December 29, 2013