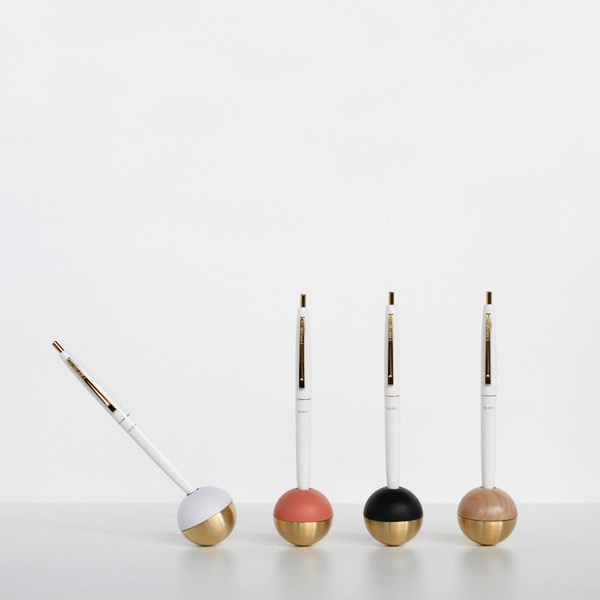 The tipsy writer is a weighted pen holder that wobbles without tipping over. Just the sort of silly object that makes sitting at a desk feel less like a chore, and more like sitting down to play.

There’s a whole category of objects like this, starting with Weebles, the egg-shaped toy people who famously wobble but don’t fall down. Round-bottomed and weighted, they amaze us with their dogged commitment to their equilibrium. I even designed something similar once. These ceramic cups, below, will similarly bobble around without falling, and even more steadily when they are filled with liquid. 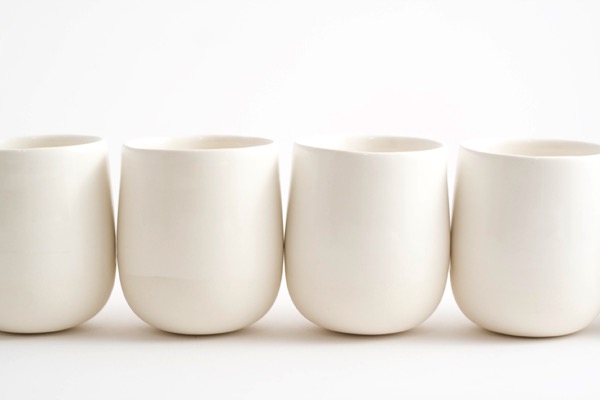 Objects like this are joyful in their defiance of gravity; they seem governed by their own laws of physics that are different from ours. But I could also imagine it might be meditative, as much as joyful, to watch the tipsy writer right itself. Like a metronome but with its own inertia, feeling out its way to perfect balance.