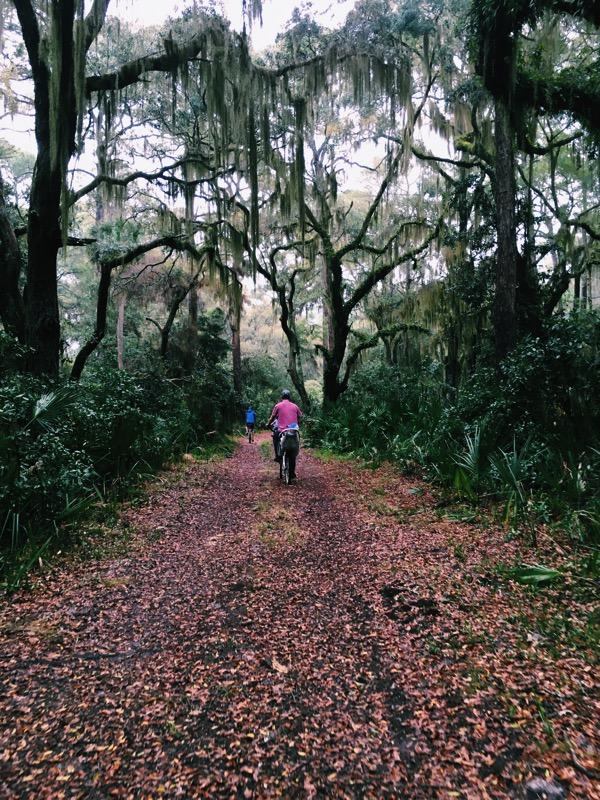 This weekend we visited friends on an island off the coast of Georgia. The island is mostly wildlife refuge, and between rainstorms (and sometimes during them) we set off on bikes to explore the marshy wilds. We cruised down a wide stretch of beach, where sand was packed hard enough to ride on. It was a wonderful new feeling, to be riding away from cars and people, with only jellyfish and sea stars and sand dollars for company.

On our next ride we turned into the forest, shaded by giant trees slung with tangles of Spanish moss. In the wet Southern springtime, green felt more like a verb than a noun. Plants were greening all around us: ferns, cycads, vines. Algae greened surfaces of lagoons and fallen branches. Moss greened everything else.

Our tires swished through muddy puddles. The rain picked up and we debated going back but it was warm rain, soft on the skin, the kind those “facial mists” they sell in French drugstores try to replicate. Why run from free natural skincare? We pedaled on. All of a sudden there was a break in the trees and through the aperture we saw flashes of white. About a dozen egrets, some feeding, some hovering in the muddy shoals. “A shower of white fire!” Mary Oliver once said of a similar scene. We stopped. All my senses switched on. I was aware of the quiet, the only sound the soft “pth” of the rain on the soil. It was a depth of silence unfamiliar to my ears, like landing in a foreign country and being surrounded by a new language. My eyes softened, soaking in the scene rather than straining to take it in.

I am coming to understand my senses are like pores: they open and close like stomata on the surface of a leaf. Immersed in the constant noise of the city—the mechanical sounds, the chatter, the crowding and clowning, the buildings and outfits, the smells and stenches, the art, the faces, the luxury and poverty, the endless availability of craveable delights—my senses do the only sensible thing: they close the porthole a little, they turn down the volume. This is a survival mechanism—it must be. A way for the brain to survive at sustained levels of sensation that never would’ve occurred in the wild.

Perhaps taste and touch are not so vulnerable to this. But think about it: if you are breathing, you are smelling. You can hold your nose closed only so long before it becomes impractical. Your sense of hearing never turns off either. At least the eyes blink closed during sleep, but the ears are always open. And the eyes, our dominant sense, always eagerly scanning. It is thrilling, but also exhausting to sift through all these inputs. Not just consciously, thought it can be that. But unconsciously, where most of the work is done, the sorting and coding of safe/unsafe, threat/opportunity, delight/disappointment.

On trading the city for the woods, I find for the first 24 hours I feel very little. I am almost numb. Intellectually I know I am surrounded by beauty, but the relative paucity of sensation can be deadening. It takes awhile for the sense-pores to open back up. I don’t panic anymore, because when they do, it’s a revelation. My vision becomes fractal: I notice things at smaller and smaller scales. On a walk to the dock, I see the scrambling of hundreds of tiny fiddler crabs. In the scrubby brush lining the path, I see sea beans growing wild. I notice the shapes of the leaves, the oyster shells ground into the sandy path, the red-flared mushrooms among the pine needles. The layers of things. Ferns on top of mosses on top of lichens on top of trees so old they remember the day your great-grandfather was born.

The thing is, the senses are how the joy gets in. So when we become desensitized by all the stimuli around us, when the pores close, it takes more to trip those joy receptors. I worry sometimes that the unrelenting sensations of city life are not only stressing out our systems; they’re decreasing the likelihood we’ll even notice joy when it crosses our path. Fortunately, I don’t think it takes long to recalibrate. I’m learning that the senses are elastic. Like pupils, when the glare of a bright light is reduced, they gently dilate.

After the bike ride there was an Easter egg hunt for the kids, lunch, a nap. A crab trap was set, with bones from the last night’s fried chicken dinner. There was more rain, and staring out the window at the rain. There was no wifi, but there was conversation and there were oysters. And at night there was sleep. Deep sleep in a dark room, with dreams scored only by the chirping of frogs. 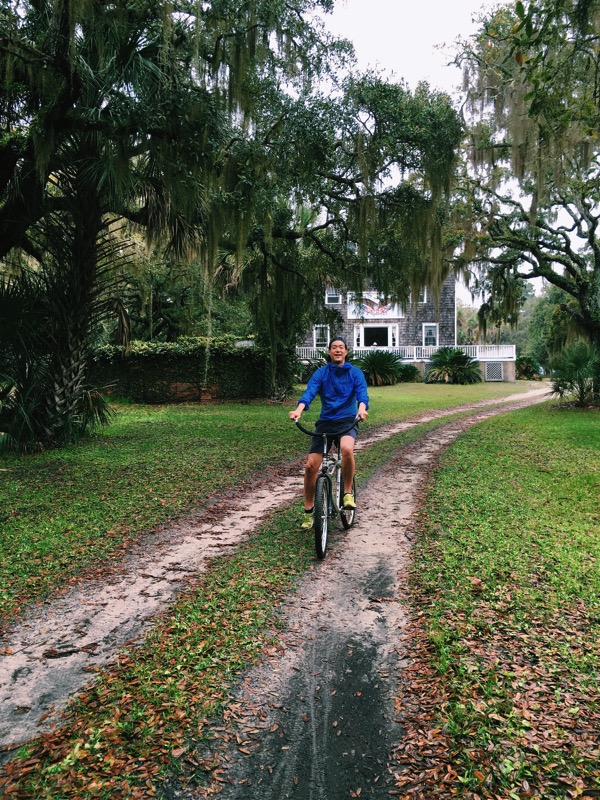 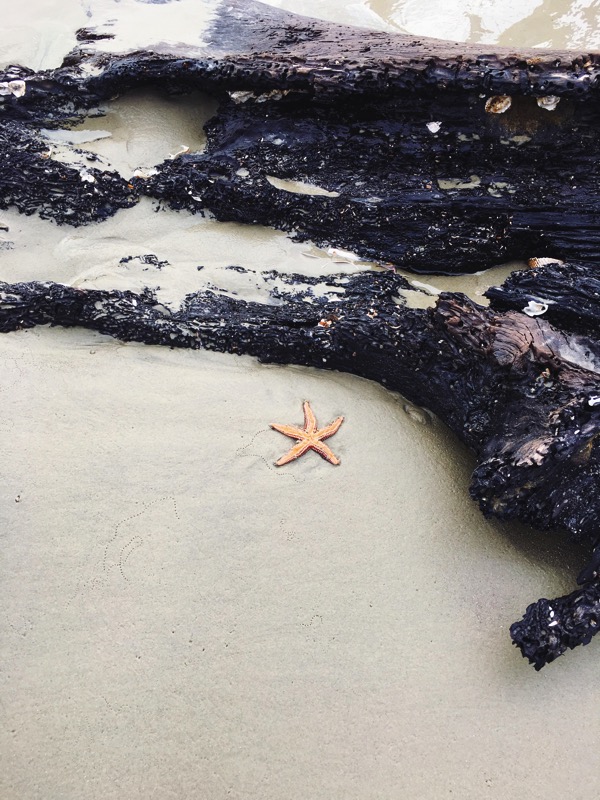 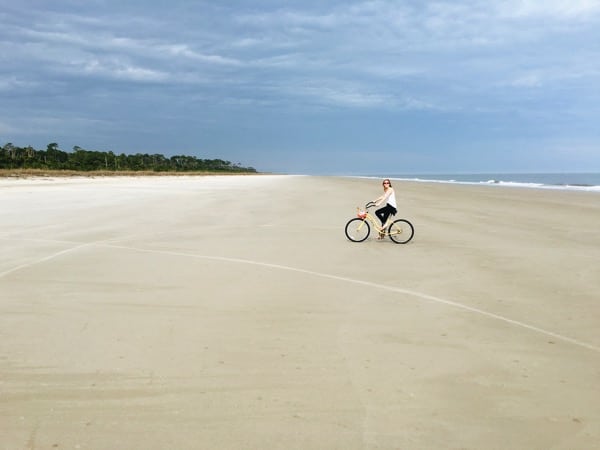 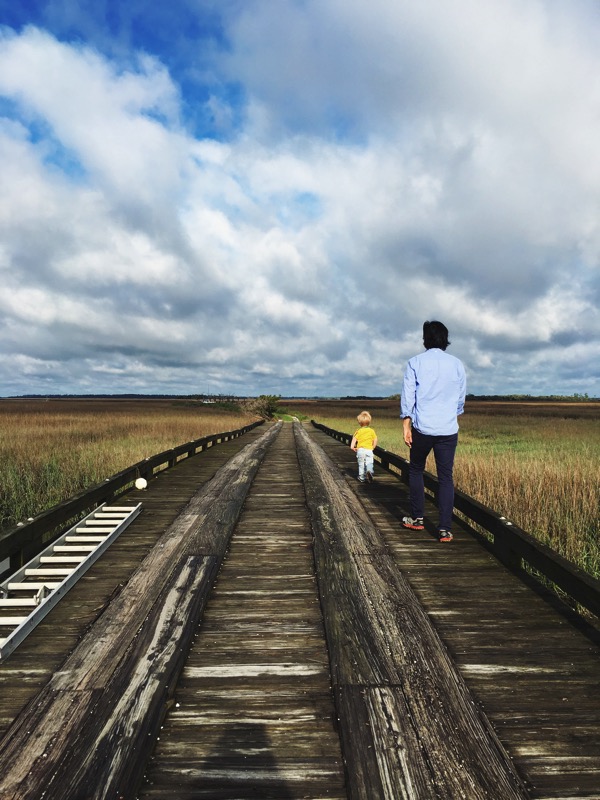 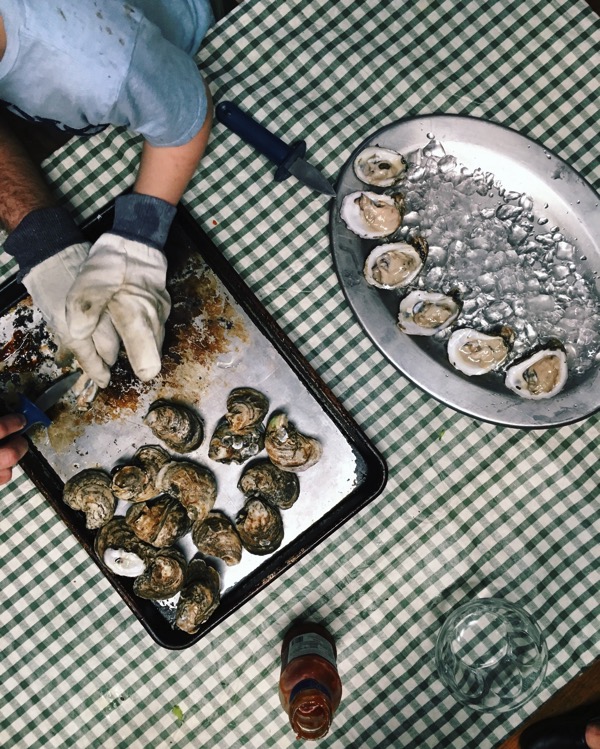 Thanks to KW and SH for a beautiful weekend.