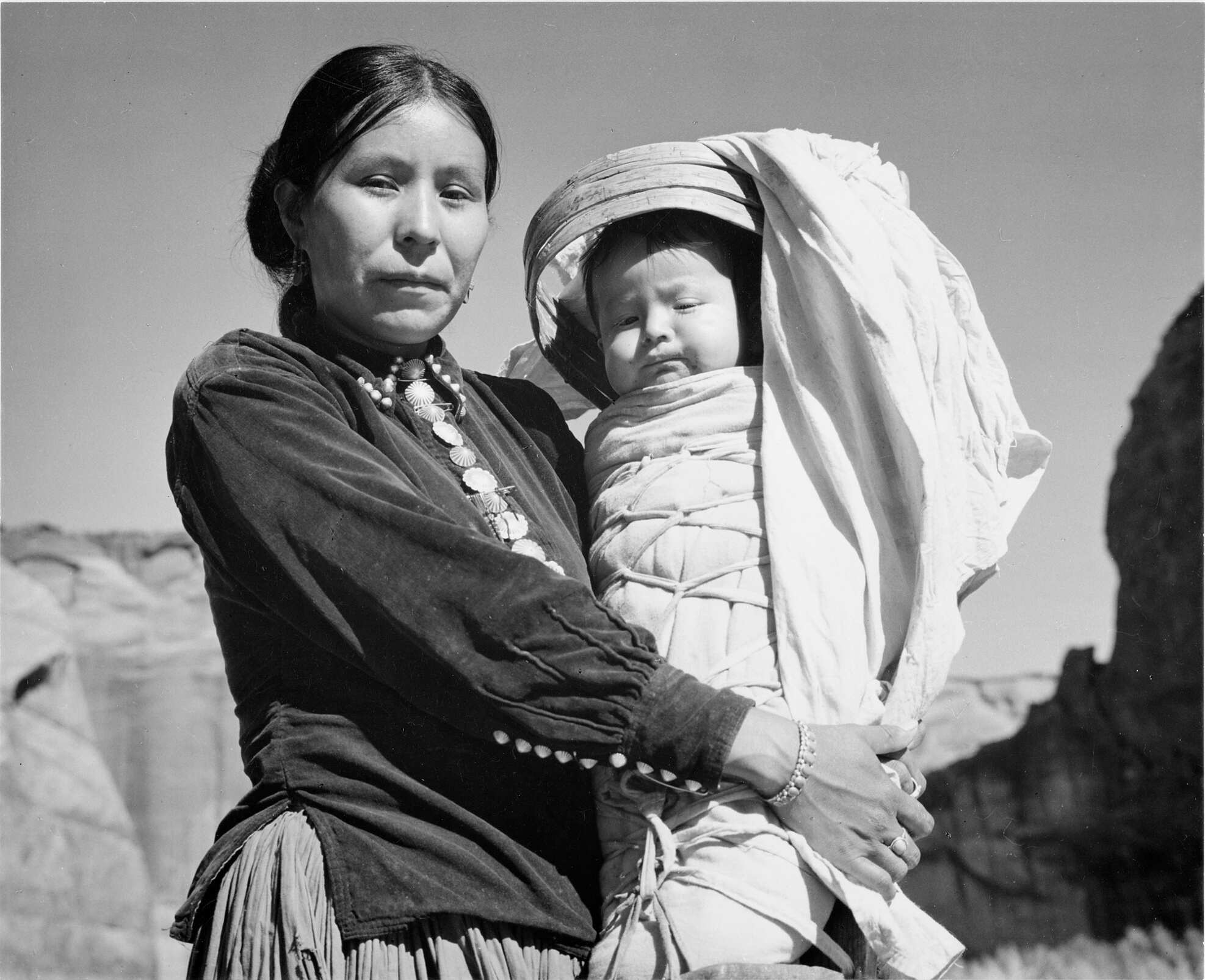 While I was in Santa Fe earlier this week, I spent some time at the Museum of Indian Arts and Culture researching Native American weaving, basketry, and ceramics patterns for the book. Pretty much every culture on Earth makes patterns—on walls, objects, or their own bodies—and one of the things I’ve been curious about is to what extent weavers and makers are aware of the structures that make patterns so universally appealing, and to what extent it’s purely intuitive.

At the museum, I happened upon one of those deliciously joyful discoveries that I couldn’t wait to share. Did you know that the Navajo (Diné) people have a specific tradition around celebrating a baby’s first laugh? Around three months, they watch the baby closely for that first real giggle. The person who has the good fortune of eliciting that first laugh is then responsible for throwing a party, with the baby technically playing the role of host. Of course, a baby can’t host a party, so the relative or friend who coaxed out that first laugh hands out rock salt, candy, and gifts on the baby’s behalf.

The belief behind the tradition is that when a baby is born, she belongs to two worlds: the spirit world and the physical one. The first laugh is seen as a sign of the baby’s desire to leave the spirit world and join her earthly family and community. Perhaps it was because of the fragility of new life that infants were treated as still “between worlds” for those delicate first few months, until parents heard a sign of joy and wellbeing that reassured them their baby was healthy enough to survive. On reflection, I realized that other cultures also celebrate a milestone around the same time in a baby’s life. For example, the Korean dol tradition celebrates a baby’s first hundred days, which is just over the three month mark where the Diné anticipate the first laugh.

Without taking away any of the sacredness of the A’wee Chi’deedloh, I love the idea of celebrating the arrival baby’s giggle — her first expression of joy — as the first big milestone in a child’s life. Joy is a big part of what makes us human, so it makes sense that we are only fully human once we have the capacity for laughter. Which sounds like it’s worth a party, or a glass of champagne at least!

Do you have any unique milestones you celebrate in your culture or family? If so, I’d love to hear them!